My name is Ida Gustafsson and as a part of my social work program studies at the School of Health and Welfare I studied my fourth semester at RMIT University in Melbourne, Australia. My semester there was from February to June 2018.

I, as many others, had several reasons for wanting to study abroad but I would say that my main reason was that I wanted to challenge myself and grow as a person. And as I will come back to later, I sure did. Other than that, I wanted to improve my language skills, I wanted to take the opportunity to live in a large city (Melbourne had a population of 4,7 million people at the time) and I was also hoping to catch different perspectives and knowledges than the ones I tend to encounter at home. 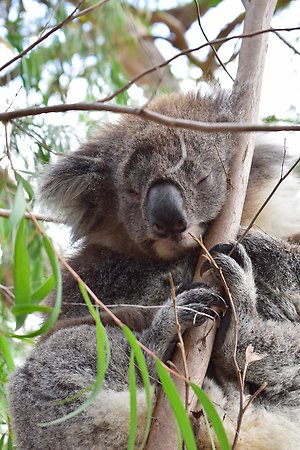 Since I managed one course before I left I took three courses while abroad, instead of the usual four. This was something I appreciated a lot in the beginning, since it was a real change of habit to switch to study three courses at once instead of one course at a time as I was used to. As it turned out though, I managed to get a good grip of that after a while and could start to complement the knowledge I gain from one course with the knowledge of another. The courses I took was not in any way formed especially for exchange students. I chose courses from the same catalogue as all other students at the school, and I really apricated this. This meant that I was there on the same premises as everyone else and the study level was not in any way compromised with. To make sure I do not scare anyone away by saying this; both teachers and fellow students were used to different levels of language skills and were absolutely willing to help you understand something that might have been tricky for you! I took the courses Global Mobility and Ethnic Relations, International Development and Community Work. I would definitely say that the courses were of very good quality over all, but the one that stood out for me was without a doubt International Development. The knowledge and widened understanding I gain from that course and the wonderful teacher is something that I will carry with me for a very long time.

Weeks before I even arrived in Australia, RMIT started sending introduction emails with information, things to think about, important messages and notes about fun activities that were coming your way. This was so very helpful and made me feel much more secure, positive, and ready to go! To give some examples of the information they provided they explain how to arrange housing, which dates you would have to have certain documents ready to have a decent planning and time frame, how the course enrolment worked, and how to book your spot for one of the exciting introduction week trips! During my whole time at RMIT I felt that there always was someone there for me to help me if needed. For example, they had an information center to which you could go and ask anything, no question too big or too small, and they had a special line for exchange students which I felt was comforting. Everyone was very friendly and willing to help as well! 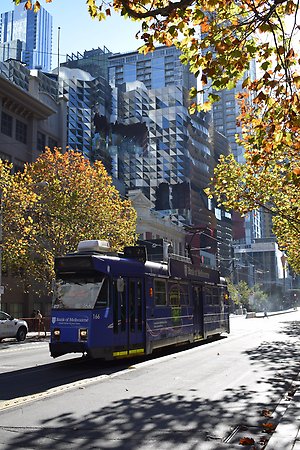 One advice I had gotten before arranging housing in Melbourne was that it was easier to wait and arrange that after arriving in Australia. I felt quite nervous about waiting, but I arranged a spot at a hostel to begin with and started hunting for housing as soon as I had arrived. Since most landlords wanted quick and easy arrangements of meetings, I would say that the advice I got about waiting is one that I would pass on. It is also quite risky to decide on a certain housing long before you can see it, since the standards are varying to say the least. After having looked at several different housing options I got the opportunity to come look at an apartment for me and the two other people I were staying with. The apartment was available through a site called Unilodge, which have many apartment buildings throughout the whole city. They were also recommended as trustworthy housing by the university, which felt better than renting by someone we did not know anything about. It took us around two and a half weeks to arrange our housing, and from what I heard that is quite the standard time you will be able to find some place to live in. Prepare for expensive rent though, the average rent was about 250 AUD per week per person if you share housing, which translates to roughly 6500 SEK per person per month. You can definitely find both cheaper and more expensive options, and my housing landed around 6000 SEK per month when sharing a two-bedroom apartment with two other people. The apartment we got was also really nice in standard comparing to most others, which I would say was also a positive side to renting through Unilodge.

Speaking about the rent being expensive, the living costs over all was quite the same as in Sweden. Most things, such as food, events, clothing and such was very similar to the pricing I was used to from home.

Of course, a big part of going on exchange is the personal development. Many parts of going is challenging, but that is also what makes them so rewarding. I have gained so incredibly much from my time away, in several different aspects. To begin with, my language skills are better than ever, which feels like such an asset in itself. The university was also fantastic. I feel like I have gained knowledge I would not have had access to at all in Sweden, and I think this knowledge gained will be of big importance for the rest of my program and also for studies and careers to come. This academic experience is truly invaluable to me. Besides the studies, I have grown so much as a person. And as much as I think anyone who has been on exchange would tell you that, there lies so much truth in saying that exchange really does something to you. I am so very grateful for this whole experience; for the joy it has brought me, the sadness in moments of feeling alone, the feeling of strength when achieving something on my own, the beautiful trips around in the extraordinary nature, the friendships made and the reassurance of knowing how I am capable of achieving something like this, and doing so in a great manner. 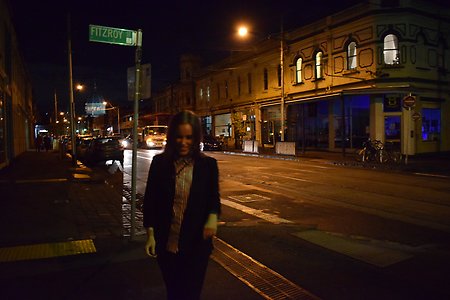 For those considering applying to RMIT; do it! The university was absolutely amazing, the teachers were great, the campus and buildings were a joy to be around, the university is located in the midst of Melbourne CBD and therefore near to where everything happens. All in all; my experience going there was extraordinary and I could not have asked for anything better! If I would give some easy advice for you it would be;

To end with something exciting, I would like to highlight some trips I did outside the city. The nature around Melbourne is glorious and two renown national parks are Grampians National Park and Wilson’s Promontory. I went to both and they had incredible walks up smaller mountains, through rainforests and amazing nature. And, an important part for many, they are also home for some beautiful animals. Going there, you have a good chance on encountering wild koalas, kangaroos, wallabies, emus, cockatoos among a lot of different creatures you would not meet anywhere near the Swedish fauna. Those encounters surely made my heart melt. Some memories I will carry with me are sitting on a field accompanied by a big kangaroo family while surrounded by mountains on every side, swimming with wild seals on a surfing trip, walking through an eucalyptus rainforest where the air is cooling down the further in the forest you get and with a lingering scent of eucalyptus in the air, and the views of both miles and miles of mountains and forest from atop a mountain hill in a national park and the views of the never sleeping city life from my apartment at 18th floor or from one of the many rooftop bars.

I am definitely planning on going back, and I would recommend anyone to go there!