Classification and its consequences

There is much more to information spaces, camelhair brushes, and mermaids than meets the eye. Et cetera. 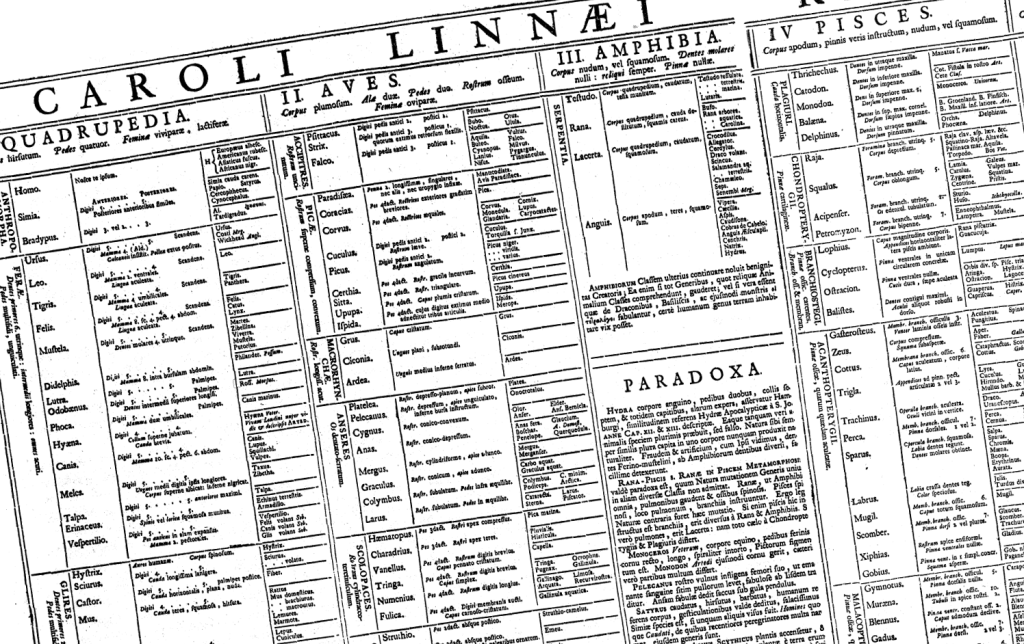 I think I already told you that when she was little, my daughter had what I’d call a significant predilection for animal plushes. Plenty of trips to plush stores, plenty of plushes in the house. I noticed that when she was playing with them, they usually came in small groups, and these groups were stable. It seemed an interesting little fact worth investigating, so I decided to ask why was that.

That earned me a “oh my, what a silly question, daddy” look and a short story. She told me that some of those animals were best friends: the elephant, the donkey, and the seal. These stayed together all of the time. The two dogs mostly kept by themselves, since they hunted down the others. She actually had to sedate them more than once before they could take their plans for plush barbecues to completion.
The rabbit was friend with the elephant-donkey-seal team, but as he was coming from the same place the sheep was from, he was something of an in-between. That is, if the dogs weren’t around, otherwise he hid in his hole. The skunk and the penguin spent most of the day together since they were the same color. The penguin was teaching the skunk to swim, among other things. Two tiny tiny white seals were the same size, so they went together, of course, and a smaller elephant and a platypus were the same age and they loved playing together, but they didn’t do that all the time as the platypus had a beak and he discussed beaky things with the penguin now and then.

Hardly something we could come up with easily, right? But an interesting story. And it makes sense. So bear with me a little longer while I introduce John Wilkins, English clergyman, scholar, and certainly ambitious thinker. In 1668, he published “An Essay towards a Real Character and a Philosophical Language”, a book in which he described nothing less than a new language he invented specifically to describe the whole of human knowledge.

In “The Analytical Language of John Wilkins”, a brief essay in his “Selected Non-fictions”, world-famous Argentinian writer Jorge Luis Borges discusses Wilkins and quickly dismisses his effort. He also almost inadvertently (“These ambiguities, redundancies and deficiencies remind us”) introduces a completely fictional ancient Chinese list which supposedly details how animals are to be classified. Borges plays with the layers of subcreation here, pretending not to be the original source and presenting the list as factual. In it, animals are divided according to incongruous principles: there are those which are the property of the emperor, those which look like flies from a distance, those which are fabulous (but distinct somehow from mermaids), those which are tame, those which are finely painted, and those simply not listed there. It is a marvelous read:

These ambiguities, redundancies and deficiencies remind us of those which doctor Franz Kuhn attributes to a certain Chinese encyclopaedia entitled ’Celestial Empire of benevolent Knowledge’. In its remote pages it is written that the animals are divided into: (a) belonging to the emperor, (b) embalmed, (c) tame, (d) sucking pigs, (e) sirens, (f) fabulous, (g) stray dogs, (h) included in the present classification, (i) frenzied, (j) innumerable, (k) drawn with a very fine camelhair brush, (l) et cetera, (m) having just broken the water pitcher, (n) that from a long way off look like flies.

Fantastic, imaginative, but perhaps not the way we’d run a zoo, or a school of animal biology. Or would we? Is there anything that sounds remotely familiar? Imagine that you read somewhere else that animals are divided into: (a) friends, (b) hunters, (c) coming from the same place, (d) having similar sizes, (e) having coats of the same colors, (f) with a beak. Better now? Reads impressively close to what my daughter told me about her plush animals at the time, doesn’t it? The only reason we don’t consider that a “proper” list is a rather famous Swede, Carolus Linneus.

Carolus Linneus, or Carl von Linné as he loved to be called after his ennoblement, was born in 1707 in Råshult, Småland, some 150 kilometers south of Jönköping. He was a peculiar human being with a love of botany and plants and displaying an amount of self-confidence we rarely witness in Sweden: his personal motto in his mature years was “Deus creavit, Linnaeus disposuit”, a rather modest “God created, Linné organized”. To be honest, from his perspective, that’s just what he did. He created what we still call the Linnean classification system or Linnean taxonomy today, a way to categorize all plants, animals, and minerals. The tenth edition of the Systema Naturae, published in the late 1750, is still considered as part of the scientific corpus that discusses nomenclature.

At the root of his system are three regna, from the Latin for kingdoms (singular, regnum): the Regnum Animale, the Regnum Vegetabile, and the Regnum Lapideum. That is, animals, plants, and minerals. These are tied up in a single hierarchy, a tree with branches, with the Kingdoms dividing into Classes, then into Orders, then Genera, and Species.

It goes without saying that, way before Darwin got the spotlight with the Origin of Species, Linneus managed to get very controversial. Not only he classified plants based on their sexual characteristics, for the joy of his contemporaries, but when he moved on to setting order to animals he decided to have man and ape as different Genera in the same Order. As all grouping and splitting was based upon shared physical characteristics, that meant that kings and queens of the world and the wild gorillas of Africa were close cousins if not siblings, so to speak, which was of course a most scandalous idea.

Both the Church of Sweden and the Church of Rome addressed him with theological allegations of impiety. Christian doctrine maintained otherwise. He was not deflected, reporting in letters and conversations he was simply describing what was obvious, end of discussion.

Today most of his writing is of pure historical value, as much has changed since he devised the Tree of Life: DNA sequencing has given us much better insights into the way life has evolved on Earth than his observations ever could. But his legacy of structured, impartial, Aristotelian categorization still looms large, and with it a bias towards the “right way” of describing something, of classifying things. Geoffrey Bowker and Susan Starr wrote an amazing book called ”Sorting Things Out” about the profound consequences that classification, a largely invisible layer, has on our decisional processes. We classify all the time, even if we are not aware of it: it’s just that not all systems work like Linné’s.

More to the point, if he were to read Borges’ list, or have a conversation with any kid about her toys, he would probably have a fit. If some animals belong to the Emperor, some are innumerable, some are embalmed, and some are mermaids, there is simply no classification possible. End of discussion.

We see this Linnean mentality often deployed all over our information spaces, and its consequences still produce scaffoldings that simply expose internal structures, be those the enterprise’s, the organization’s, or the university’s, with no concern for actual usefulness. The move towards cross-channel experiences is turning this into an even more complex scenario, where the different nature of the channels themselves (staff at a store, a mobile phone, a kiosk, signage) introduces one additional dimension to an already layered problem space.

If a website breaks down because it’s way too self-centered, so to speak, that’s bad. If an entire service collapses because internal metrics measuring success do not actually relate to anything users do or would like to do with the service itself, that’s a disaster, and one that wouldn’t be easy to identify and correct. And while the long wave of user-centered design and the subsequent push towards social media and its consumer-as-producers model have certainly changed the approach of designers, they still seem to have little legitimacy within the confined spaces of business control rooms.

So, “would we run a zoo that way” is not really a rhetorical question, is it? If we were to consider the information architecture and the physical layout of a zoo, both in physical space and in digital space, wouldn’t it be worth exploring if the way my daughter grouped her animals makes any sense, before any decision is taken? If any such organization, or a similar one, resonates with other kids, one of the primary audiences of a zoo? It would. 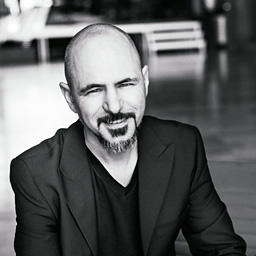 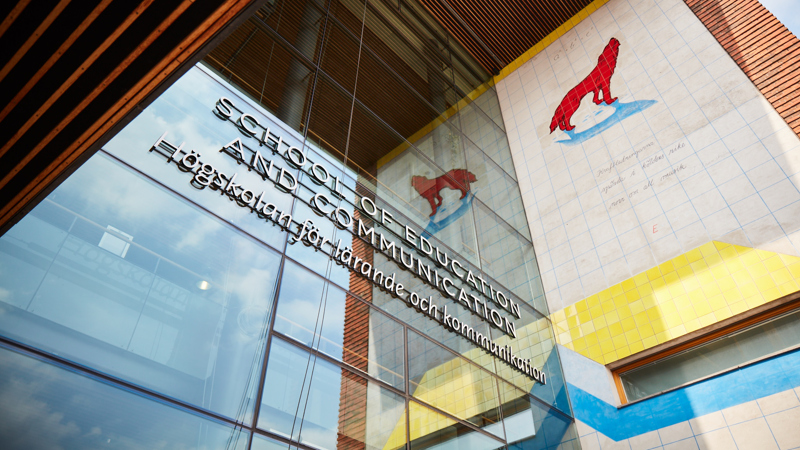 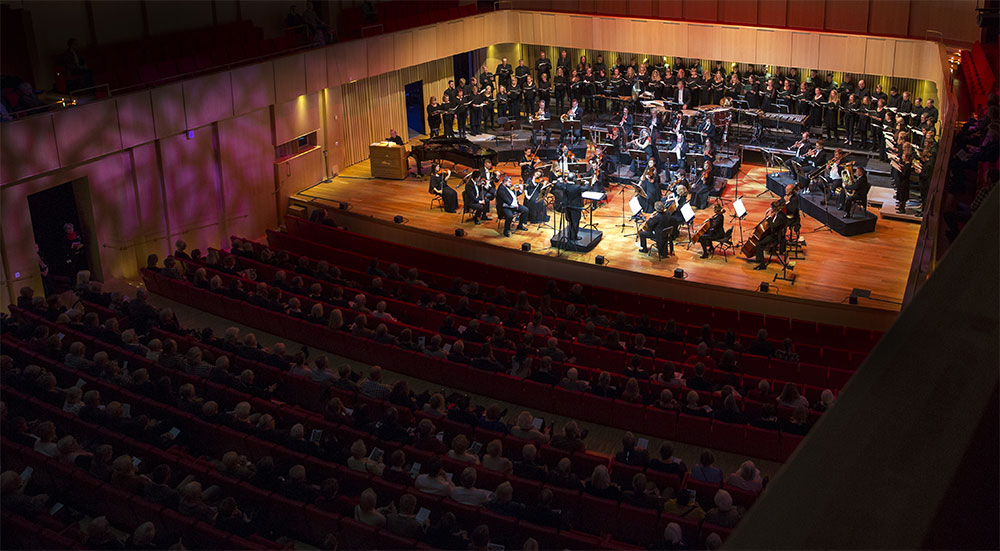 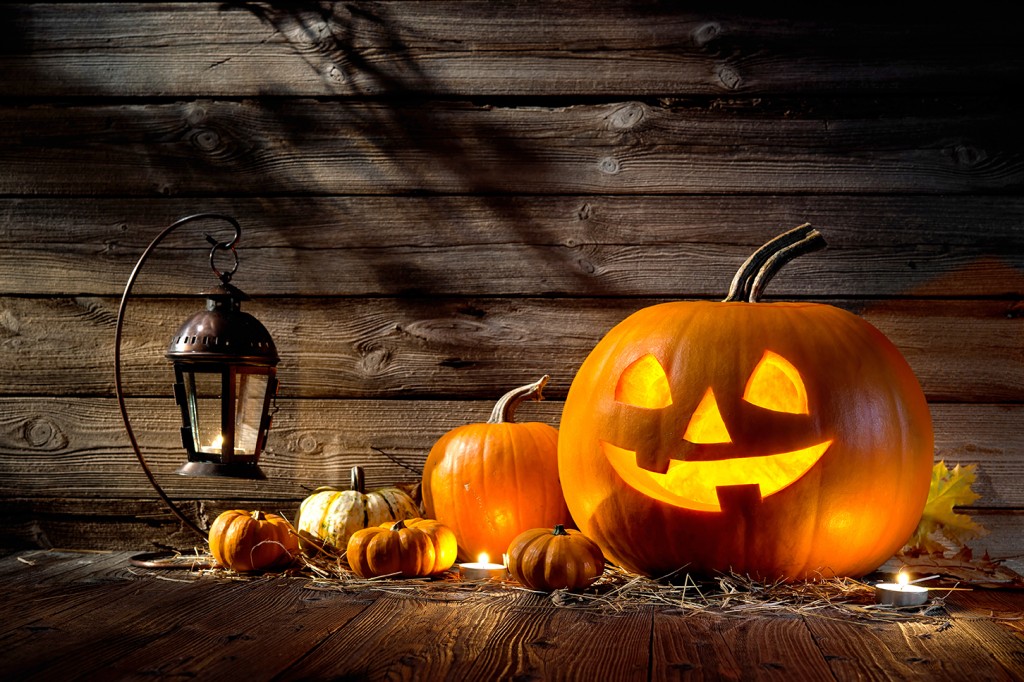