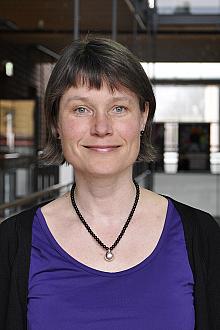 School of Education and Communication - Research board , -
Presentation Publications

Elisabet Sandblom is a Senior Lecturer in German at the School of Education and Communication. She teaches German, Swedish and Swedish as a second language. She got her PhD in 1998 at Lund University. Her thesis (in German) deals with properties of modal particles and their usage in different communicative situations.

Elisabet Sandblom’s reasearch deals with the opportunities of language users to use devices on different levels of language in order to achieve their goal in a given situation. She’s interested in grammar, semantics, pragmatics, text linguistics, sociolinguistics, argumentation theory, Swedish for specific purposes and Swedish as a second language.

Elisabet Sandblom currently works within the research projects Progression in a genre and Argumentation in a school characterized by diversity, which are part of the research platform Teaching and Learning Language, Literature and Media. Her research focuses on the argumentation in texts (form, content and structure) and writers’ ways of adapting their texts to readers and to genre. The research material consists of texts written by pupils in upper secondary high school and by students during their teacher training at university. The material includes texts written by persons with Swedish as first language as well as such written by persons with Swedish as a second language.