An entrepreneur – both at work and at home 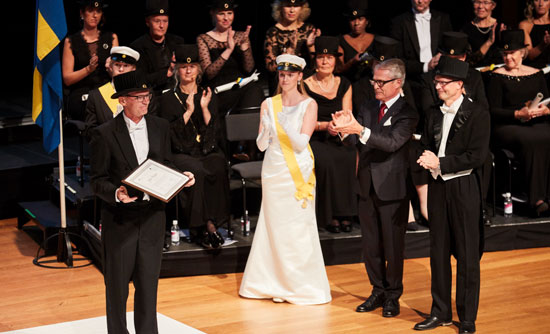 On 12 October this year, Anders Melander received the first scholarship from the Per Risberg Memorial Fund at Jönköping University’s (JU) Academic Ceremony at Spira. The scholarship, which is awarded to a JU employee that has excelled in the area of collaborations with the business community, is awarded to Anders, among other things, for his entrepreneurial spirit and good work on pursuing entrepreneurship issues within companies and organizations. Below you will find an interview with Anders about the various projects that brought him to the attention of the Memorial Fund’s committee. 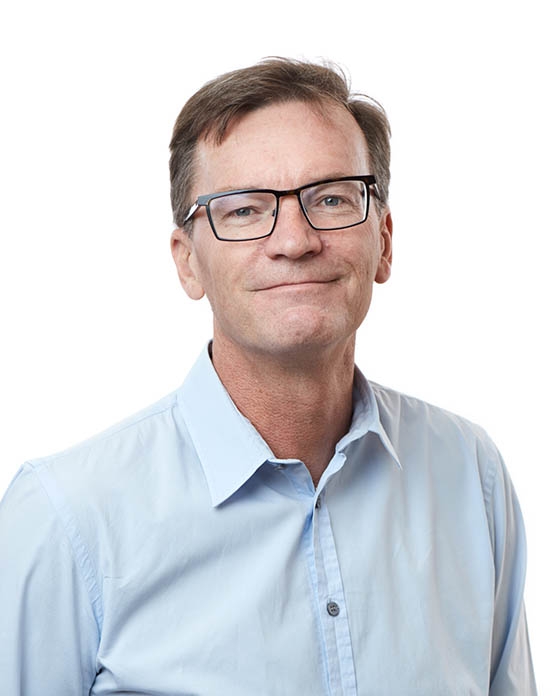 Anders Melander came from Linköping to Jönköping because of his supervisor Leif Melin who started at JIBS at the beginning in 1994 and Anders started working at Jönköping University in 1995. Two years later he defended his dissertation “Industrial Wisdom and Strategic Change: The Swedish Pulp and Paper Industry 1945–1990” – the first dissertation ever defended at the university – focusing on the Swedish forest industry. Among other things, this work led to him initiating close cooperation with the newly built Träcentrum in Nässjö. Since then, Anders has continued to work in both development and research projects and has often collaborated with Träcentrum and their member companies in the wood and furniture industry in Småland.

“A lot of it comes down to coincidences. When I was a doctoral student in Linköping, my interest was to study the phenomenon of “industry cultures” and how these cultures could give rise to a follow-the-leader effect (what I call Industrial Wisdom). I had two industries to choose from in the healthcare and forestry industries. As a man from Skåne, the forest industry sounded exciting and new”, says Anders.

Anders has a solid resumé with large multi-year projects, some directly linked to companies and some with funding from the Knowledge Foundation or Vinnova. For example, in 2001 Jönköping University/JIBS won a competition announced by the Knowledge Foundation to lead a consortium that would develop small and medium-sized businesses and at the same time create collaboration between these companies and the higher education world. Anders was the lead author of the winning program and then led the consortium that implemented the proposal.

This led to the business development program krAft (kompetens, reflektion, Affärsutveckling och tillväxt/skills, reflection, business development and growth) where Anders was program director from 2001-2007. The program had sales of just over SEK 120 million and 627 small and medium-sized companies participated in the one-year business development programs (50% more than budgeted). The program involved many private business developers and researchers from 19 Higher Education Institutions. The latter acted as links to the university world. As a result of this, several doctoral dissertations studied the unique format that the program had and in 2012 krAft entered as one of eight unique examples of innovative educational programs identified by the Nordic Council. KrAft was one of two that distinguished itself as change-oriented and led to the creation of new jobs.

It is not difficult to understand why the Per Risberg Memorial Fund Committee thought that Anders Melander was a very good candidate for the scholarship.

How is your own thinking linked to Per Risberg’s?

“One of Per’s fundamental ideas was that we must take advantage of the entrepreneurial, not only to start new companies but also in existing companies. To do that, we need to organize our operations so that responsibilities and powers become clear and goals set high. It sounds simple, but it is very hard. It takes courage from business leaders to delegate responsibilities and power, and to be open to innovative ideas. In the short term, it is easier to follow the usual recipe and strive for centralized economies of scale, says Anders.

Anders is not only an entrepreneur at work at JU but also at home. In his spare time, he applies his expertise in the strategy area and since 2010 he has been chairman of Jönköping Simsällskap, JSS (Jönköping Swimming Association) which has 4,500 members, 15 full-time trainers and sales of about SEK 15 million.

“In 2016 and 2017, JSS was named Sweden’s best swimming association, which was truly a great achievement!"

Not only JU celebrates an anniversary this year, JSS turns 190. How will you celebrate?

“We will celebrate with both a dinner and a party. 600 people showed up at the party a few weeks ago. But we are not satisfied with just celebrating, we have already started the work with a vision for the year 2029 when JSS turns 200! Then we will hopefully celebrate new triumphs in a new swimming facility,” says Anders. 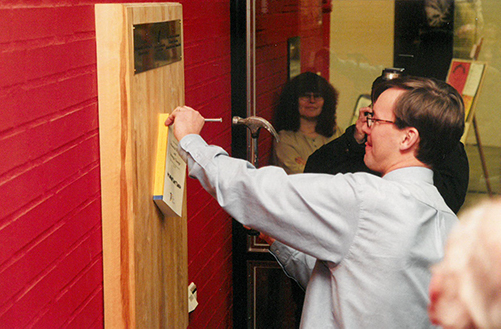 The picture shows Anders Melander at the formal ceremony where he "nailed" his dissertation in 1997.