Jönköping University’s inauguration and conferment ceremony will be held on 5 May. Four people who have, in different ways, contributed to research and education at the university will then be appointed honorary doctors. 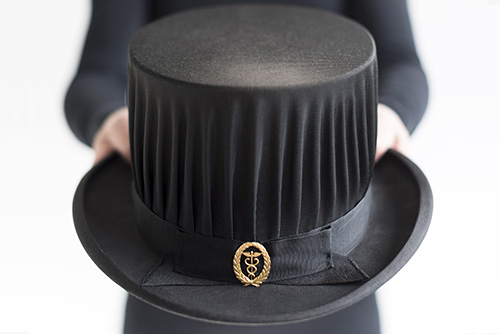 Michael A. Hitt is Professor Emeritus at Texas A&M University. He has been the co-author and editor of many books and authored or co-authored several articles in scientific journals. Recently, he was listed as one of the ten most cited researchers in management over the past 25 years. Michael A. Hitt is appointed honorary doctor because of his important contributions in the development of family business research, as well as important efforts to develop research at the Centre for Family Enterprise and Ownership (CeFEO) at Jönköping International Business School.

Kaj Grönlund and Gunilla Runnsjö can be considered technical polymaths. They have built a unique instrument to measure the chemical composition of small volumes of solid metals. During the last years the method was customised specially for cast iron related research at the School of Engineering, and the results have strengthened Jönköping University’s world leading position in research on cast metal solidification. Kaj Grönlund and Gunilla Runnsjö have been active in research and education at the School of Engineering and have been a source of inspiration for students and researchers at JU by sharing not only their unique instrument but also their enormous knowledge and expertise in material analyses.

At the Inauguration and Conferment Ceremony on 5 May, all full professors employed since the last ceremony will be inaugurated. Honorary doctorates are conferred, doctoral degrees are conferred upon those doctoral students who have defended their doctoral thesis before 1 February 2018. This year the new president at Jönköping University will be installed.

Public lectures will be held by the new professors and the honorary doctors on the day before the ceremony.

More information about the ceremony:
http://ju.se/en/collaboration/events-and-conferences/events/inauguration-and-conferment.html